July 2017 – A fun morning with Ben Frampton filming for a BBC online feature.

Helena had not long had the three little piglets, Holly, Hazel & Willow, who had been bought to keep Babz company, when the BBC Online team called and asked to come and film the Piggy Walk.

It was fine dry day, and the valley was looking at its most splendid with tall grasses and wildflowers through the fields. Ben turned up promptly and we spent an hour filming by Helena’s smallholding and then along the walking route, taking in the pretty spring area by Helena’s neighbour’s house, and Christopher came out to see how the filming was progressing.

As the weather had been dry and it was fairly warm, Helena led the pigs and crew down to the River Senni to see whether the piggies wanted a wade. Luckily the river was fairly low, but as it was the first time in the river for the little piglets, Julia waded downstream to catch any that might try to paddle away, but luckily they were just really happy pottering about with Ben on a raised shingle island before deciding it was time to head home…..and they did!

Babz very bravely accepted a small harness and a Go-Pro piggy cam added a fun dimension to the video as they headed back through the tall grass, but almost lost it as she shimmied under the gate.

Tea and cakes later, Ben headed off home to Cardiff, but unfortunately had a puncture along the lane. Being helped by Christopher (who is 80, but very resourceful!), they came to chat about the challenges of living in this remote but beautiful valley. The result of this encounter was another BBC Online feature about how Christopher’s satellite broadband signal travels around 50,000 miles, but he cannot get a reliable service from the local exchange! 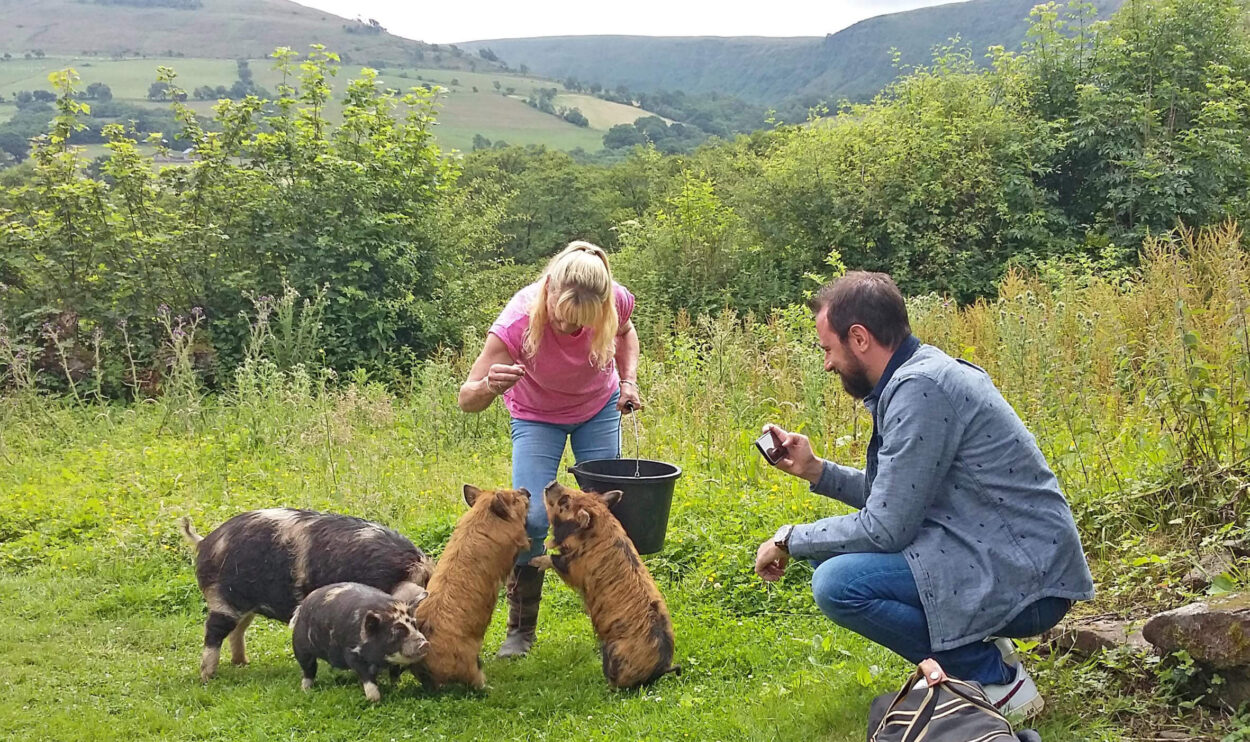 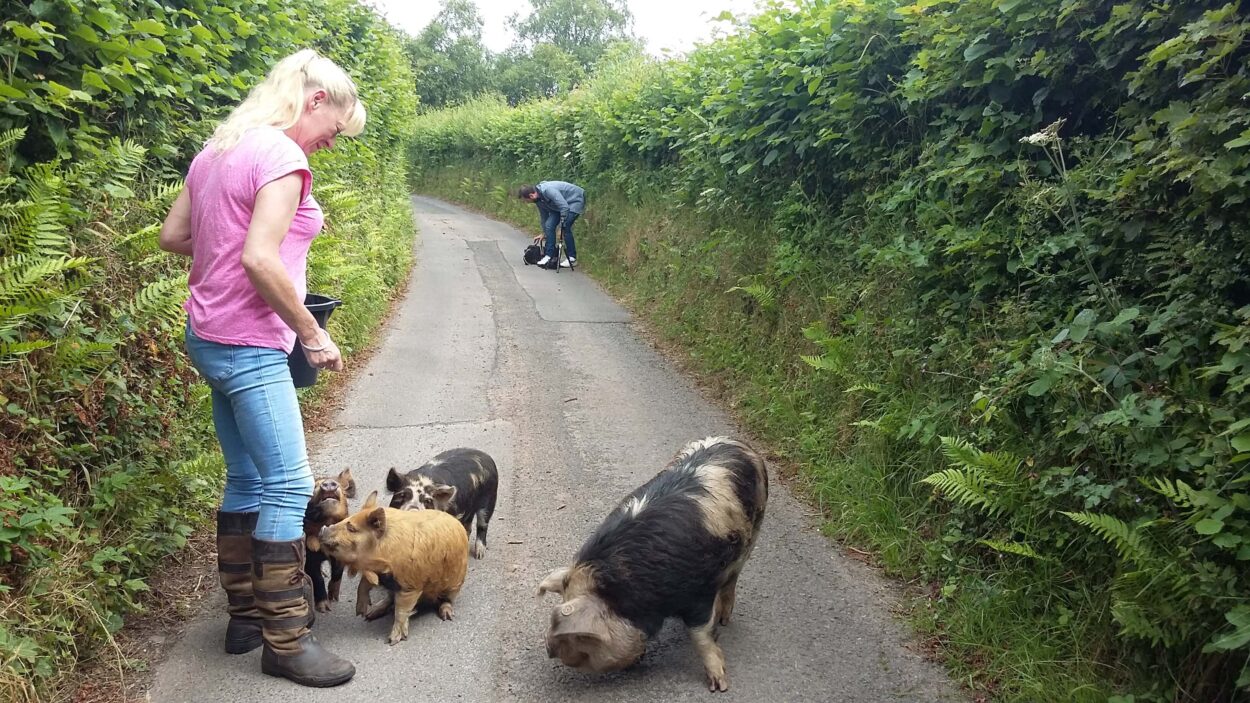 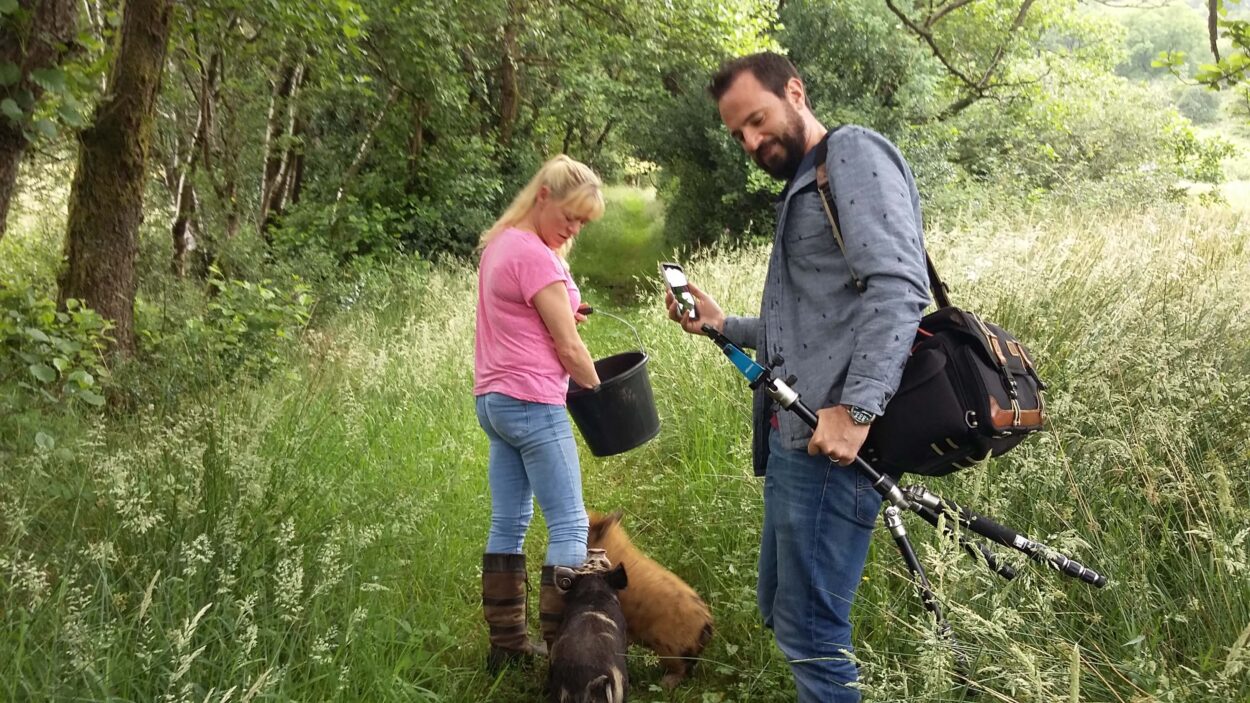 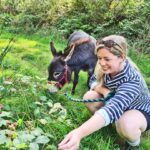 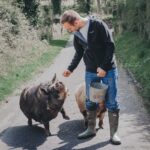 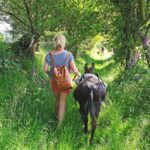 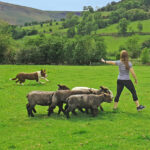